A range of unique designs

The PTSC Sao Vang CPP that serviced the offshore field was an interesting challenge due to the various unique designs of the fire protection jackets that were needed by the client.

The Sao Vang and Dai Nguyet offshore field is located in Blocks 05-1b and 05-1c in Nam Con Son Basin, in southern Vietnam. The field lies approximately 350km southeast of Ho Chi Minh City and the water depth in the project area is approximately 120m. The annual production from the Sao Vang-Dai Nguyet field is expected to be approximately 1.5 billion cubic metres (bcm) of gas and 2.8 million barrels (Mbl) of crude oil and condensate.

The condensate produced in the field is pumped to a floating storage and offloading (FSO) facility named Golden Star. A gas pipeline was laid to export up to 3bcm of gas from the Sao Vang and Dai Nguyet, as well as the Thein Ung and Dai Hung fields to the Nam Con Son 2 pipeline at the BK Thien Ung area. 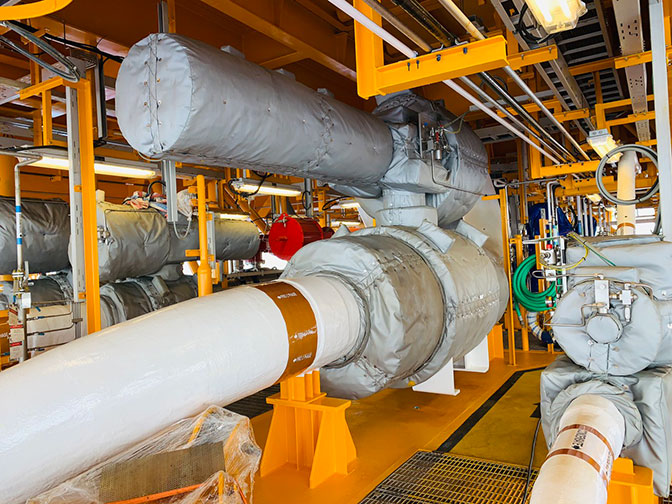 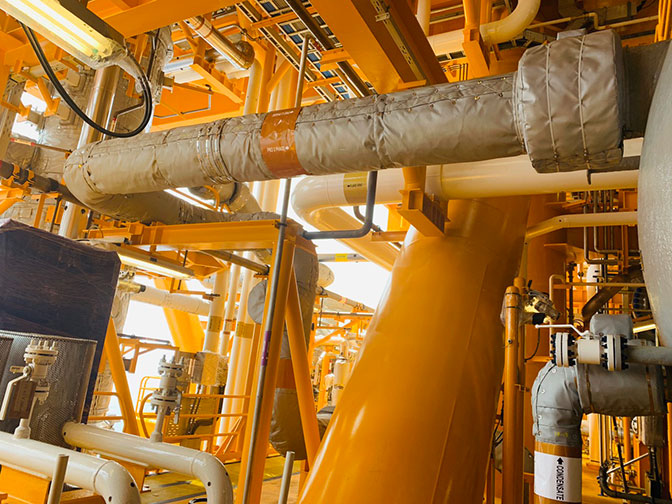 A huge potential for obstructions and difficulties

The main challenge of creating the fire protection required for this project was the many different unique designs that was required for the system as seen from the images. On top of that, the sheer size of some of the equipment, such as the condenser stabilizer, posed an interesting challenge for us. For such large items to be protected, there was huge potential for obstructions and difficulties due to their proximity with other items. On top of that, as the item gets bigger, there are also more chances for compounded errors, which could lead to catastrophic results if an ill-fitted jacket is installed. 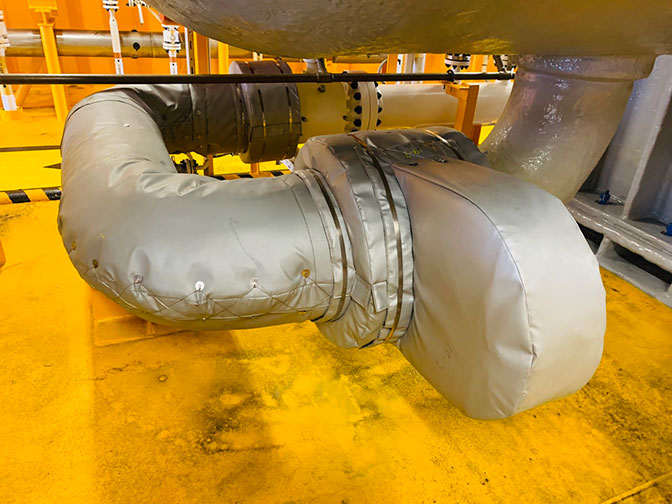 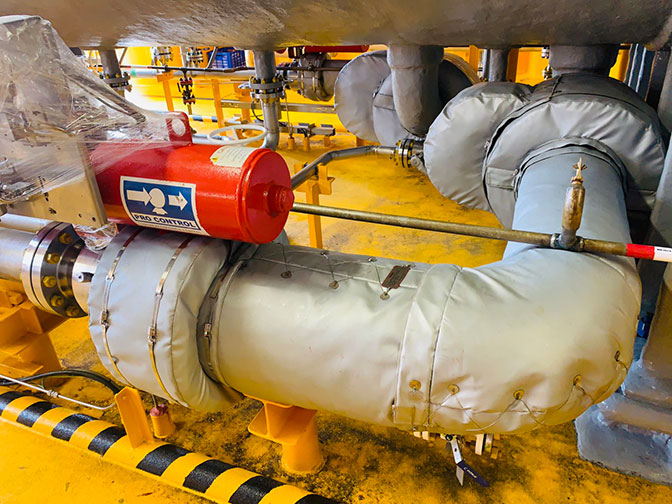 Visiting the site was not enough for us to get the measurements required. Due to the massive size of some items such as the condenser stabilizer, getting all the required dimensions was impossible. Hence to remedy this issue, we turned to technology to get these accurate dimensions. Using the software that allows conversion of pdfs into 3D CAD drawings, we were able to accurately get the size and the protrusions of the condenser stabilizer as well as the other components that require fire jacketing protection to an incredibly high degree of accuracy. Furthermore, using the other software, we were able to see how the different systems interacted with each other, allowing us to craft jackets which can be easily installed despite the different obstructions present.

Hence with the accurate dimensions given, the CNC machine in our production factory can then quickly cut out the required material with a tolerance of 0.1mm, allowing for quick assembly of our jackets, which was later installed beautifully, providing maximum protection to every single component that our client requested.